Top Microphones For Every Purpose (USB vs. XLR)

When sourcing your media equipment, choosing a microphone is an important decision. A good microphone records clean audio, and clear recordings take less time to edit and transcribe. Investing in the right type of microphone from the start saves both money and time in the long run. Whether you’re building your studio from scratch or looking to update your equipment, these are the top rated microphones with USB and XLR connections.

The Difference Between USB and XLR Microphones

The first question you should ask yourself is, do you want a plug and play microphone (USB) or a more customizable microphone (XLR)? 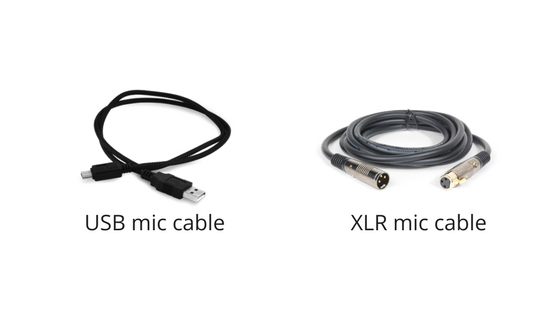 Which is right for you?

If you’re always recording on your computer and don’t want to deal with a bunch of cables and other components, a USB mic is probably right for you. If you run a podcast with multiple guests or are building a home studio, you probably want more versatility. An XLR mic will give you the ability to easily upgrade and troubleshoot your set up because it’s possible to swap out cables and interfaces.

USB mics are affordable for any price range, simple to use and produce professional sound quality. Below are the top-rated USB microphones. 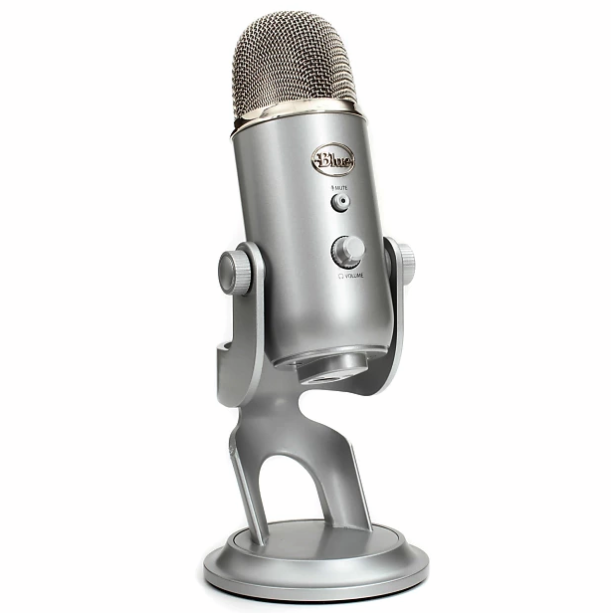 If you’ve done this search, you’ve likely come across the Blue Yeti. When you’re on a budget, but you need lots of features and great sound quality, this mic is your best bet. It’s “packed full of features” according to several of its Amazon reviewers, and its average ranking on the site is an impressive 4.4/5 stars based on nearly 6k reviews.

With the Blue Yeti, you get multiple recording pattern selections: cardioid, bidirectional, omnidirectional, and stereo. It has clearly marked controls, comes in many colors, and is compatible with most systems. Windows 10, Windows 8 (including 8.1), Windows 7, Windows Vista, Windows XP (Home and Professional), and Mac OS X (10.4.11 or higher), and requires a minimum of 64 MB of RAM (remove existing and upload). 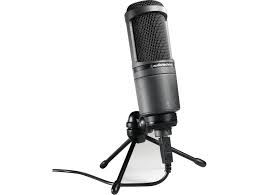 The Audio-Technica AT2020 is commonly used in recording studios and offices alike. It’s slightly more expensive than the Blue Yeti, and a little less versatile. It’s great for voice recordings but less effective for musicians, as it only features a cardioid condenser. On Amazon, this mic gets 4.4/5 stars, but based on only 21 customer reviews.

With side address studio effects and crystal-clear sound, this mic is great for recording at home. The AT2020 is compatible with both Mac and PC devices. 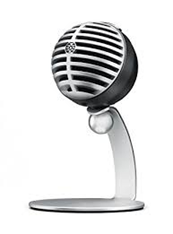 Well priced and compact, the Shure MV5 weighs in just over one pound. The caveat? This mic is only for the Apple product users of the world. It’s made with Apple MFi, meaning it’s designed exclusively for Apple computers. With an adapter kit, it will work on Windows, though reviewers say not as well. Rated a 4.1/5 by 78 Amazon users. This mic automatically applies gain, compression, and EQ for optimal recording. It is also custom tuned for exceptional audio.

For those who record multiple instruments or vocalizations at the same time, a solid XLR microphone is essential. Although these microphones tend to be a bit more expensive than their USB brothers ($2,000.00 at the highest end of the spectrum) you can get along very well with something more budget-friendly like the two options below. 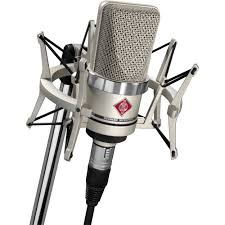 If we have to pick the best of the best without considering budget, the Neumann TLM 102 offers name brand, quality sound at a fraction of what you might expect to pay. 12 reviewers on Amazon rank it a 4.4/5, and other audio equipment reviewers agree that the Neumann mics are first in class. A cardioid condenser mic like this is great for recording multiple instruments at once, as well as individually for mixing later. Because the TLM 102 has a slight boost above 6 kHz and the frequency response is so linear, the vocal parts of your recording will shine against a clearly defined bass range. 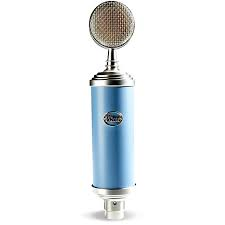 The Bluebird is one of the best reasonably priced XLR microphones out there. It’s great for those singing in a higher pitch due to its 2 kHz to 10 kHz bump, and it’s even better for high pitch instruments like flutes. Many online reviews claim this microphone adds a layer of warmth to its recordings, although some say that singers need to back away from the mic to get consonants recorded. A pop shield is a simple remedy to this issue, however. Ranked a 4.4 out of 5 on Amazon based on 80 user reviews.

Because it’s nickel-plated and comes with a 3-year warranty, the Blue Bluebird is great for those who want to start recording but haven’t quite put together their studio yet. It’s described as sturdy and provides enough quality for the spend. This mic is also a great lightweight backup for those who’ve already purchased other equipment.

When building out your home studio, finding the right microphone is crucial. In fact, many reviewers claim that microphones can be considered the “crown jewel” of a recording studio. Why edit poor audio recordings when you can create something crystal-clear from the start? As a speech to text transcription service, we understand the value of great audio and low prices. Quality and thrift make our jobs easier too so we figured we’d share the proverbial wealth.